During trips, I plug-in a basic volt meter like the one pictured, into the dash board cigarette lighter which displays the voltage of the chassis battery when the Ford V10 engine is running and when it is turned off.  I find it very assuring to know what's going on. 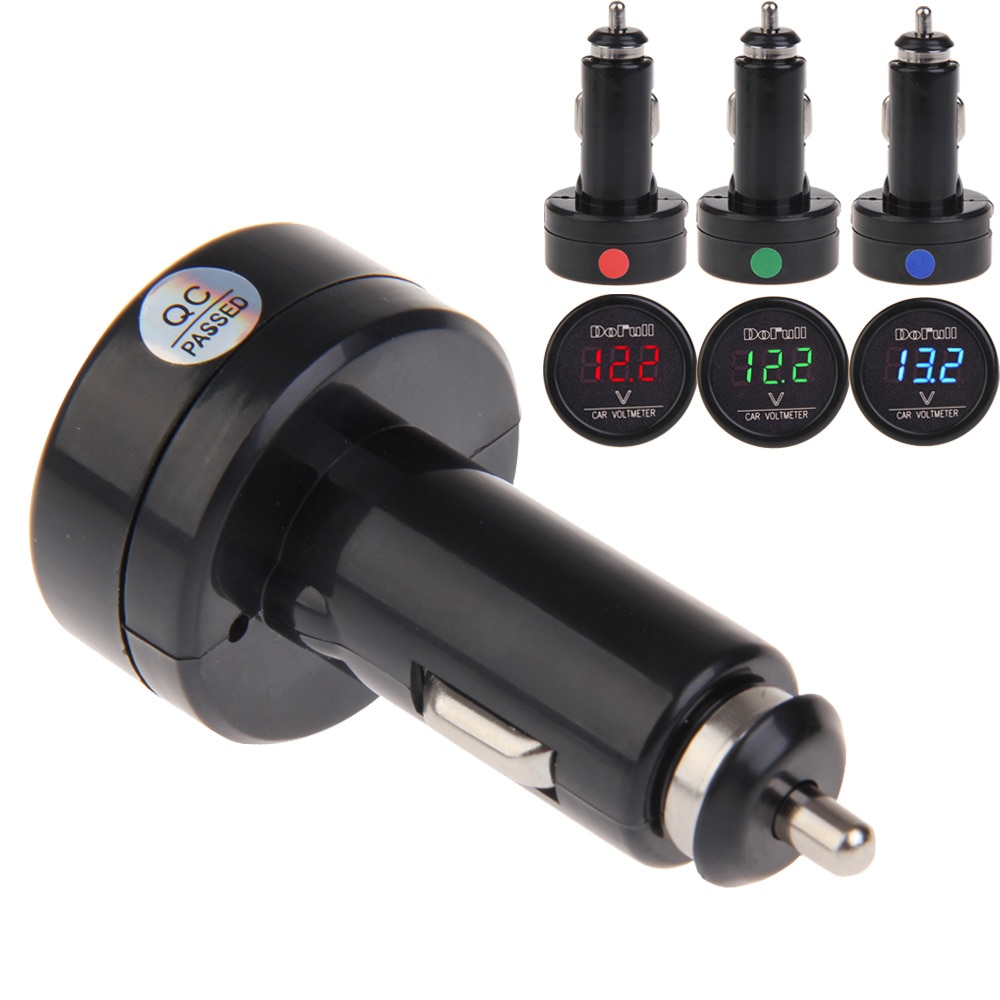 I also installed a 2nd volt meter in the stove hood that displays the house battery(s) voltage shown here. 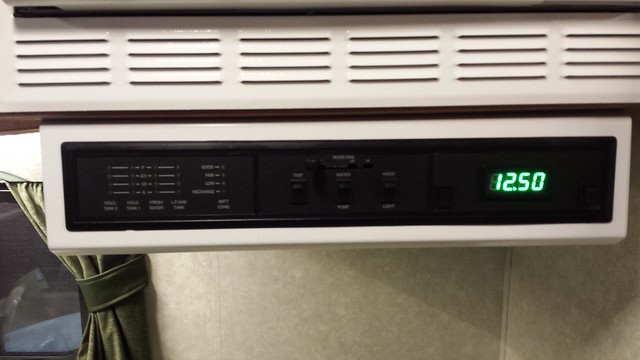 I find this voltage meter most useful, primarily as a reminder when it's time to charge the house batteries with the generator while dry camping for extended periods.

When our Ford-V10 engine is running, I consistently note that both the chassis and house batteries get charged together, though the house battery voltage from the alternator is a little lower than at the dash cigarette lighter.
2

General Discussion / Re: Any issue running Houghton AC while driving?

« Last post by Engineerlt on July 26, 2021, 08:14:14 pm »
Jim
Just wanted to let you know that I moved the thermistor on my rear AC and placed it in front of the over head light so its blocked from the air flow and I like the cycling pattern much better now. Think I will do the same to the forward AC, not sure if the AC gets some air from the discharge vents back into return air but moving the thermistor is an improvement.
3

General Discussion / Re: Any issue running Houghton AC while driving?

« Last post by Engineerlt on July 26, 2021, 08:08:33 pm »
Maybe I should have answered your question with, I have experienced no issues with running the Houghton ac while driving. Had them for a couple years.
4

« Last post by fandj on July 26, 2021, 07:13:44 pm »
Since your alternator is indeed providing proper output it is more than likely a fuse, bad wire connections, or as already been mentioned a faulty breaker.   I had a similar problem.  With the coach battery switch turned off none of my coach lights worked whether the engine was running or not.  The problem turned out to be a slightly loose wire connection at the resetable breaker.  It is just a matter of using a multimeter to track down the culprit.  Having a weak chassis battery alone should not prevent the coach batteries from being charged when the engine is running.


One easy way of charging your chassis batteries if you have a solar panel and your PC is parked where solar is available is to replace the momentary white switch on the dash to an on/off switch.  Keelhauler has described that in various posts on this forum.
5

Since you have a voltmeter, it should be pretty easy to check both components.  With the engine running, you should see alternator system voltage (roughly 14 volts) on BOTH sides of the main solenoid terminals and the circuit breaker terminals.  If either component has failed and is "open", you should have the 14 volts on the input side, but only coach battery voltage (12 volts) on the output side.

« Last post by Doneworking on July 26, 2021, 06:43:42 pm »
Yes, I have checked the voltage output on the chassis battery and it is taking 14+ volts from the alternator just fine.   However, the battery is weak and I plan on replacing it.   It just doesn't hold a comfortable charge and drops to 11.9 or so volts  in a few hours  when the engine is not running.  I know in all my other rigs over the years the coach and chassis batteries charge simultaneously and I assumed that was the case on a PC.   Of course,  years ago my two English roadsters were wired "positive earth" so it never hurts to ask

That battery is just 30 months old but the PC was stored indoors in a non heated garage during record breaking (for here) cold in February.   Plus, batteries just don't seem to be as good as they were at one time and we all know that story.  I always get the PC out of storage about every four weeks and drive it fifty miles running the genset under load, but given below zero temps for a few days, funny things can happen.   Our normal winter lows are normally in the teens.   This was the same cold that blew our neighbors across the Red River in Texas off their grid.

That is great information about the circuit breaker.  I assumed there was one some place but thanks for telling me the part and location.  I'll check it out and replace it.   Thanks to both of you for the replies and the link.

I hope that is the culprit.

We were in a NF campground  for over two weeks in the mountains of New Mexico and thankfully my self designed solar system was capable of keeping the coach batteries ( just replaced the old ones after six years before this trip) adequately charged.   I hate to run a generator or hear a generator in such a pristine place.

Replace it.   Make sure you get the post colors correct.


It also sounds like you need a new engine battery.  How old is the one in there now?   And no, the engine battery does not need to be fully charged before the coach batteries get charged.  All that's needed is for that self resetting circuit breaker to be working and the engine running.

« Last post by fandj on July 26, 2021, 05:05:42 pm »
Have you measured the battery voltage across the chassis battery post with the engine running?  If so what range of voltage are you seeing?
9

1. Our engine when running does not charge the coach batteries.

2. The generator and shore power both charge the coach  batteries properly.

Question:   My chassis battery appears to be weak and doesn't want to take a full charge.   After driving a few hours and stopping, the chassis battery shows 11.9 volts.   In other words, it quickly losses its charge.

Does the chassis battery have to be fully charged BEFORE the coach batteries are charged???

If not, any suggestions would be appreciated.

General Discussion / Re: Side door hinge